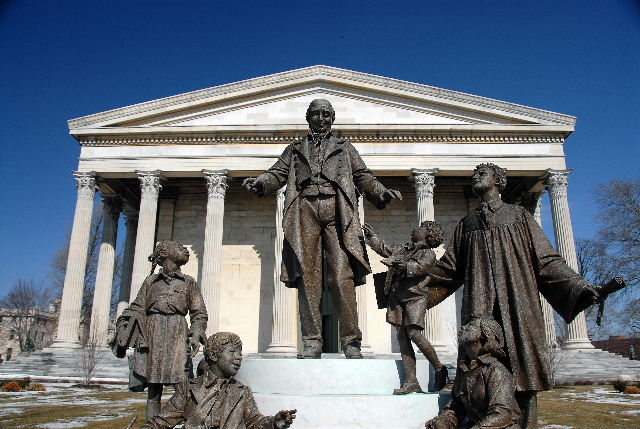 One year out of Girard, Dennis Kelleher found himself reporting to the U.S. Marine Corps Recruit Depot, Parris Island, SC. And, like the day he entered the Hum, he had no idea how dramatically his life was about to change. After boot camp he was assigned to Headquarters Battalion, 3rd Marine Division (“The Fighting Third”) as a payroll clerk. Was this his first step on the road that would lead to a remarkable career in finance? Very possibly it was. If so, it was going to be a rough road, indeed, because it initially led him directly to the war in Vietnam. More on that later.   All of us were born under a zodiac sign; Dennis Kelleher was apparently born under a dollar sign, as well.  He has been involved in, and has had an influence on, finance his entire career — starting with a BA degree from LaSalle College, earned at night while working full time, in (you guessed it) accounting. After graduate work in organizational dynamics at the University of Pennsylvania he began his ascent up the corporate ladder, eventually working in all aspects of finance, including: mergers and acquisitions; budgeting/forecasting; risk management; investment management of pension plans and post retirement welfare plans.